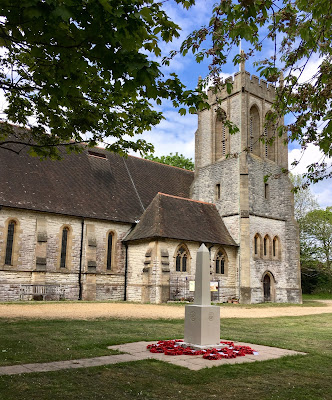 St Edward's sits close by the impressive ruins of Netley Abbey, the best preserved Cistercian House in the south of England. The village and its church, however, are creatures of the 19th century, and particularly the establishment of the Royal Victoria Military Hospital in 1856: the hospital, once the longest single building in the world, was demolished in 1966 (though its chapel still remains).

St Edward's was built in 1886 to the designs of J D Sedding, one of the most noted Victorian church architects, perhaps best known for Holy Trinity, Sloane Street. The exterior is handsome, with the offset square tower providing a pleasing focal point, as one crosses the spacious lawned churchyard. The nave and tower both have long lancet windows; the round west window is an interesting composition, with a single large quatrefoil containing four trefoils.

The interior is a little disappointing: the long, whitewashed nave delivers something of a tunnel effect from the west end; things improve moving eastwards towards the chancel, as the two-bay aisles (set where one would expect the transepts) provide more visual interest and the careful detailing becomes apparent. It has a fine red marble pulpit, font and low chancel wall (in place of a rail). In the south aisle is a rather badly damaged monument rescued from Netley Abbey (originally placed in the castle) of a knight, c. 13th century.

St Edward the Confessor, Netley Abbey, Southampton SO31 5FE
Posted by David J at 22:21 No comments: 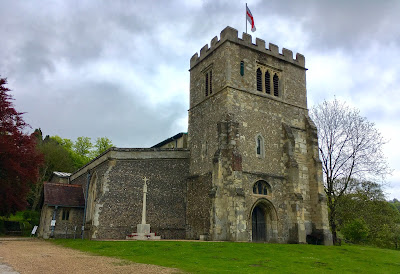 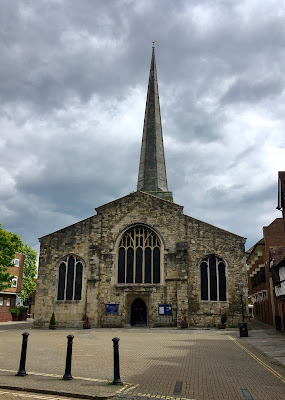 Founded around 1070, shortly after the Norman Conquest, St Michael's is the oldest building in Southampton and the only church in the area of the original mediaeval town which is still in use.

Of the original Norman church, only the lower part of the central tower survives. Originally cruciform, later additions have resulted in its present rectangular floor-plan. The church was expanded in the 12th century with the addition of aisles, and the rebuilding of the chancel. North and south chapels were added in the 13th century. Both aisles and chapels were widened in the 14th-15th centuries. A major rebuilding of the nave and aisles in 1828-9 was undertaken to insert galleries: since removed, all that remains are the delicate arcades and plaster ceiling. The tower spire was erected in the 15th Century and rebuilt in 1732, then further heightened in 1887 to make it a better landmark for shipping.

The interior contains the impressive the tomb of Sir Richard Lyster, Lord Chief Justice to Henry VIII, and a font of Tournai marble from the late 12th Century decorated with three roundels on each side, one of which supposedly depicts St Michael the Archangel; the others depict creatures that might be Griffins or winged lions. The church also contains two rare mediaeval brass eagle lecterns from the 15th Century, the finer of which was rescued from the bombed ruins of Holy Rood church in the Second World War. The East window has depictions of the original five churches from the town.

The church has a busy parish life, with worship in a traditional style (some services with incense) with a sung Eucharist.
St Michael the Archangel, 55 Bugle Street, Southampton SO14 2AG
Posted by David J at 21:46 No comments: 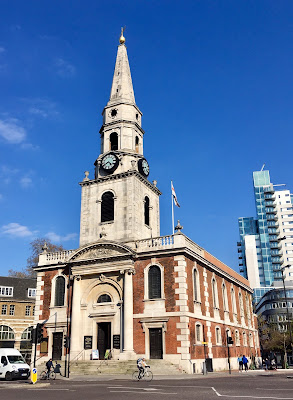