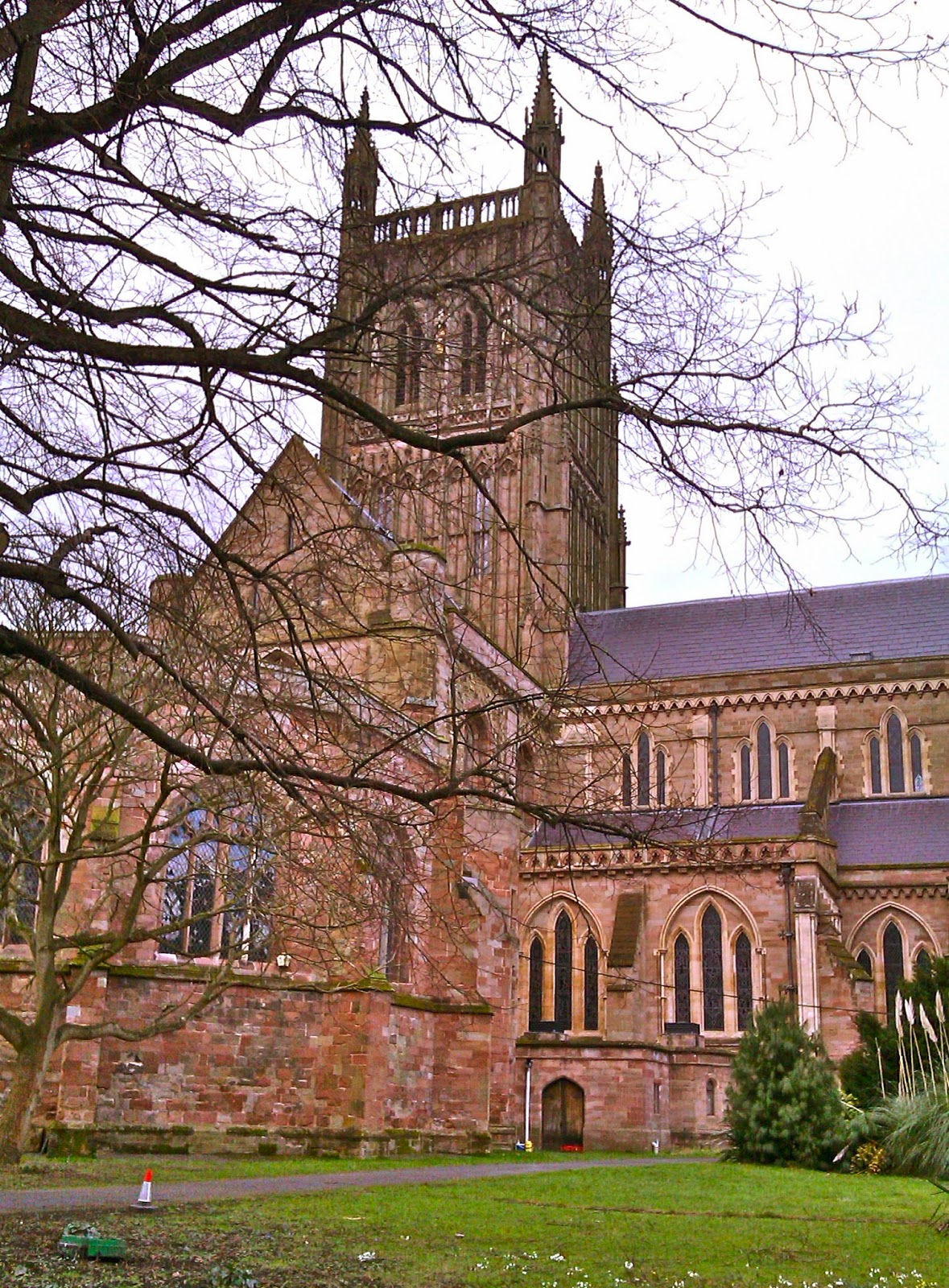 Worcester is one of England's most ancient cathedral sites, having been founded as a Priory in 680AD. It occupies an attractive position on the banks of the River Severn and embodies the full range of mediaeval architectural styles, and retains its crypt and cloisters.

The oldest part of the cathedral is the crypt, built in 1084 by the Saxon Bishop St Wulstan. This has 'cushion' capitals in the Norman style, and is now used as a chapel. Also from the Norman period is the fine chapter house (1120) and the west bays of the nave (1170). The cathedral was rebuilt into its present form from the early 13th century onwards, with the fine Early English Gothic Lady Chapel (1224) followed by the Choir (1269). The Nave, along with the eastern range of the cloister and tower were rebuilt 1317-1395; the Perpendicular tower is often regarded as one of the most finely proportioned in England. The remaining ranges of the cloister were completed in 1404-1438.

The floor of the cathedral is tiled throughout, although the plaster has been stripped from much of the vaulting in the nave and aisles. In contrast, the Choir and Lady Chapel both have exquisitely decorated ceiling vaults. The cathedral contains some notable tombs, including that of King John (d. 1216), who is buried in the choir in front of the altar, and Prince Arthur, Prince of Wales and eldest son of Henry VII (the first husband of Katherine of Aragon, who later married Arthur's brother, Henry VIII). Arthur's tomb is contained in a magnificent chantry chapel on the south side of the choir, erected 1502-04. Other tombs include that of Prime Minister Stanley Baldwin (d. 1947) and a memorial to Sir Edward Elgar (d. 1934 and buried in nearby Great Malvern). The choir stalls also contain a notable set of 14th century misericords.

The Cathedral provides daily services and is noted for its choirs. Along with Hereford and Gloucester, Worcester Cathedral hosts the notable Three Choirs Festival. Dating from the 18th century, it is one of the world's oldest music festivals, and closely associated with the works of both Elgar and Ralph Vaughan-Williams.