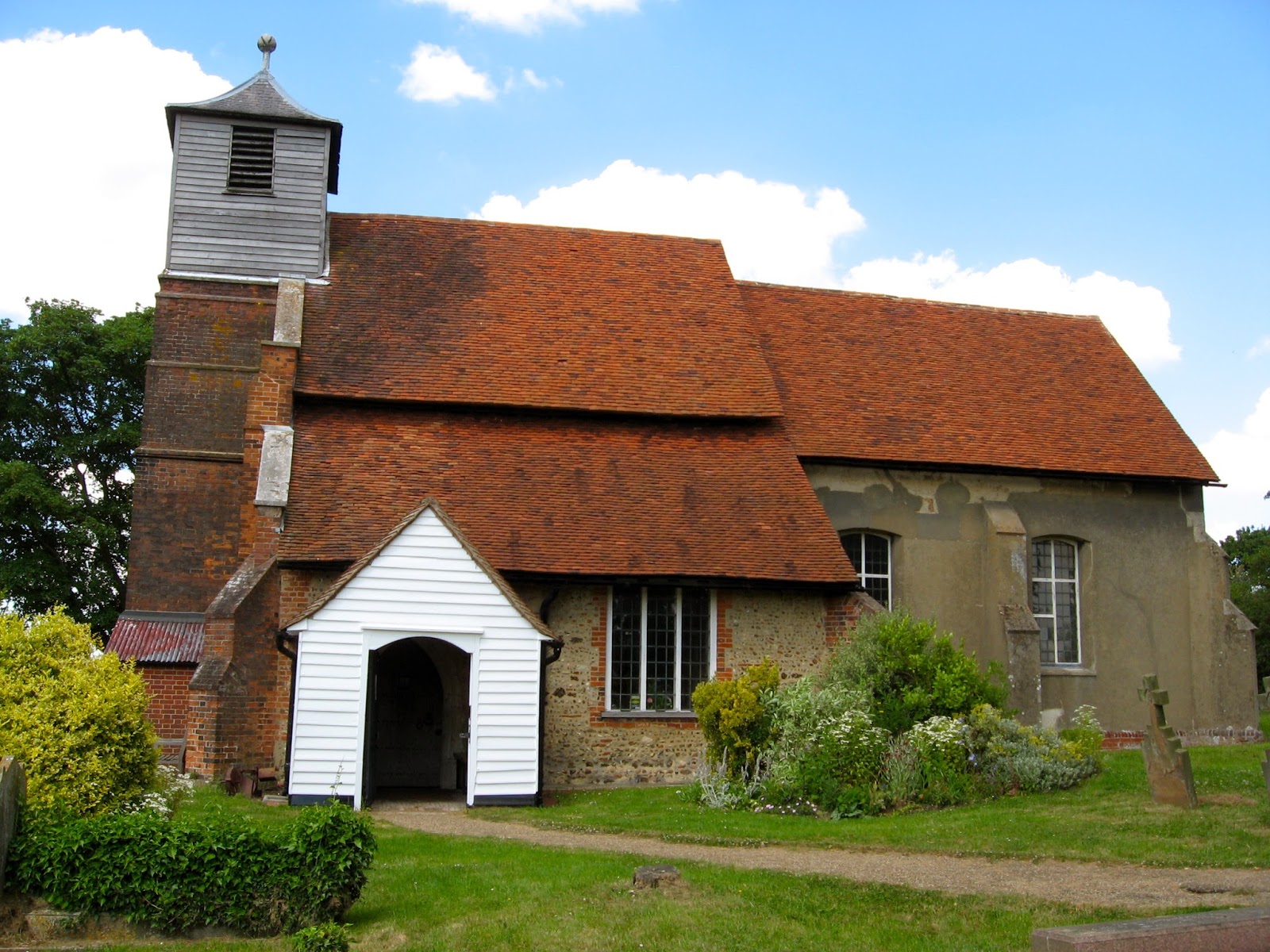 Buttsbury is a quiet spot, isolated from modern settlement and situated on a junction of two minor roads. It's amazing that it is still there.

The exterior presents an attractive jumble of roofs, a white weather-boarded porch and a grey wooden belfry, with expanse of roofs, flint walls and plain render. Dating mostly from the 14th century, the interior is whitewashed with a brick floor, with Perpendicular nave arcades. The chancel dates from the 18th century, and has a Gothick East window of interlacing 'Y' tracery.

The north door of the nave has mediaeval ironwork and has been dated to the 12th century. It's a lovely thought that in the late mediaeval period, they modernised and enlarged their church but kept the old door. The main fitting of interest is a painted wooden board, a fragment of a mediaeval Doom painting, now on the south wall.

The church has a regular Sunday service, though times vary each week - check the website for details.
Ingatestone Road, Buttsbury, Essex, CM4 9PA
Posted by David J at 00:12