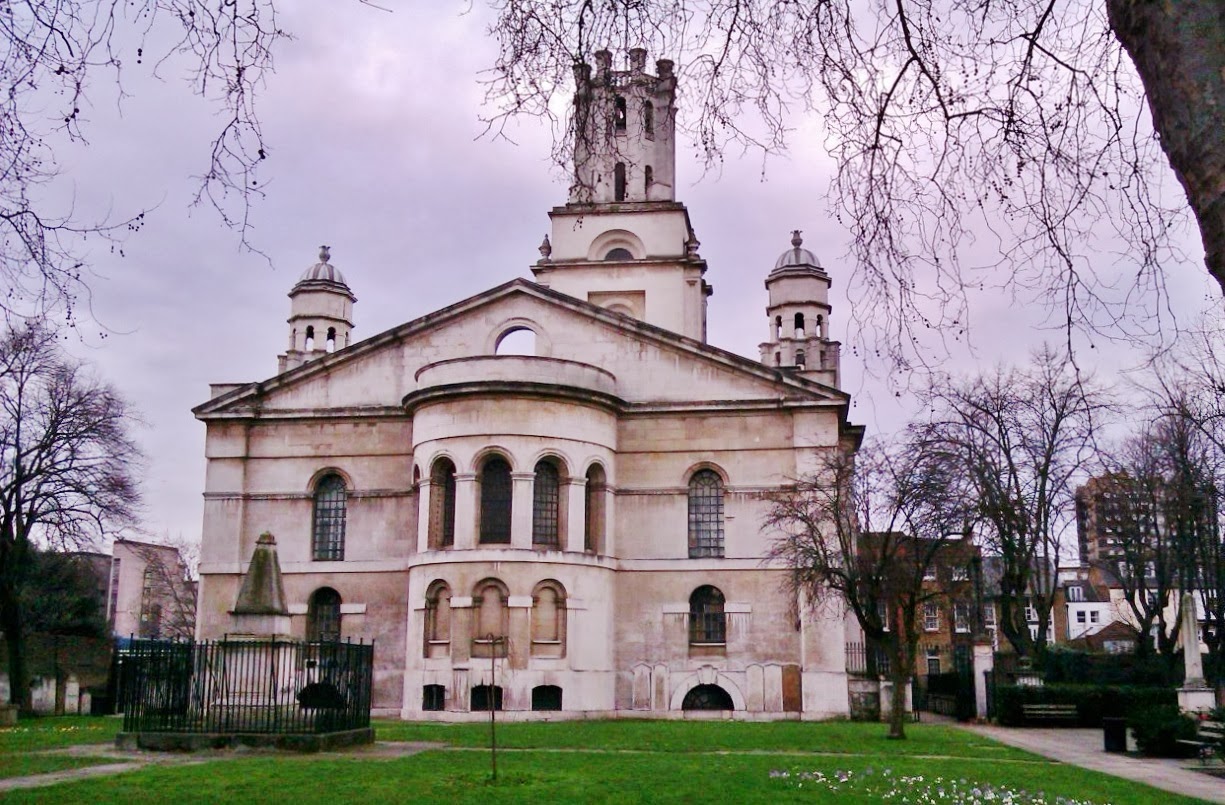 St George in the East is one of six churches in London by the architect Nicholas Hawksmoor, and its distinctive tower is a prominent landmark in this part of Stepney.

St George's was built as one of the twelve churches commissioned under the Act of Parliament 1711, originally intended to build 50 new churches in London. Known as Queen Anne's Churches, they were intended to cater for the rapidly growing population and to counter competition from non-conformist churches.

For St George's, Hawksmoor designed a conventional neo-classical 'box' with rounded windows and an apsidal east end, but with a distinctive, crenellated lantern tower and four, smaller 'pepper pot' towers on each corner. Gutted by bombs in May 1941, in 1964 a new church was built inside the remaining structure, utilising the north south and east walls but with a new glazed west end, providing an interior courtyard at the west end of the old church.

The graveyard provides a pleasant oasis of green in the this part of London. The church has regular Sunday and weekday services, and hosts local groups, concerts and other arts events.