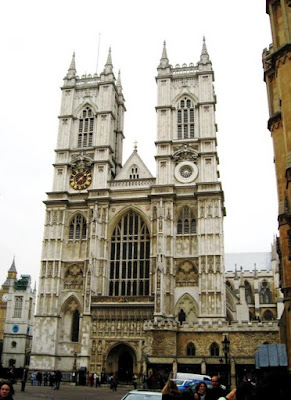 Westminster Abbey really needs no introduction. Intimately entwined with the history of England, the coronation church since 1066 and the resting place of 17 monarchs, it is probably the closest we have to a national church. Steeped in more than a thousand years of history, the Abbey – an integral part of the Westminster UNESCO World Heritage Site - is the UK’s most visited religious building, with over a million visitors a year.

It is also one of the most important Gothic buildings in the UK in its own right, as the quality of architecture and rich decoration reflects its Royal patronage down the years. This treasure house of paintings, stained glass, pavements, textiles and other artefacts, is also the final resting place of some of the most significant people in the nation’s history. The tombs and memorials comprise the single most significant collection of monumental sculpture anywhere in Britain.

The building’s history begins with the Benedictine monks, who chose the site for a community in the middle of the tenth century. Edward the Confessor founded the present Abbey in the eleventh century, dedicated in 1065. He was later sanctified, and his shrine remains at the heart of the Abbey. Much of this building was pulled down in 1245 on the orders of Henry III, who wanted a larger and more spectacular building, in the latest Gothic style. His church closely resembles the cathedrals at Amiens, Rheims and Chartres in France, with the familiar Gothic windows and flying buttresses, but with the more English design of a long nave with wide transepts. The vault (102 feet, 30m) is the highest Gothic vault in England. By 1269 the apse, radiating chapels, transepts and choir were complete and the new shrine received the bones of St Edward.

Henry III died in 1272 before the work was completed, and most of the 11th-century nave remained in place until the end of the fourteenth century, when funds became available to continue the work. Despite the lapse of time, the Nave was constructed in the same style, giving the Abbey great architectural unity. The Nave work was finally completed in 1532, although the West Towers remained unfinished.

The other major addition was Henry VII’s spectacular Lady Chapel at the eastern end, in a riotously decorated Perpendicular Gothic, encrusted with the Tudor motifs of the rose and portcullis. Begun in 1509, it has been called "one of the most perfect buildings ever erected in England" and "the wonder of the world". In 1745 the West Towers were finally completed, to a design by Nicholas Hawksmoor.

Since then, of course, the Abbey has been the scene, not only of coronations and funerals (most recently of Diana, Princess of Wales), but also thanksgivings, Royal weddings and celebrations.

They have recently begun charging visitors a hefty £10 (€15) for entry, although St George’s chapel is open for private prayer. Photography is not permitted inside. Perhaps the best way to appreciate the building is to attend a daily service or one of the many concerts held here throughout the year.