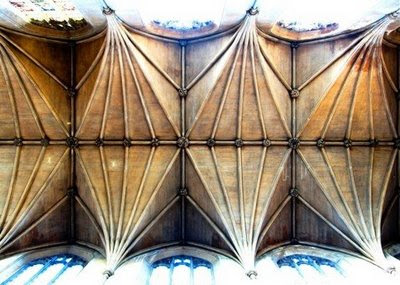 St Luke's, with its striking golden stone tower soaring to 142ft (43m), dominates the area around Sydney Street, just off the upper end of the King’s Road close to Chelsea Town Hall. It is set in a spacious square, opposite the anonymous brown mass of the modern Royal Brompton Hospital.

The need for a new church was identified in the early 19th century as the original Parish Church (now known as Chelsea Old Church) was becoming too small for the area’s rapidly increasing population. The new church was designed by James Savage in a grand Perpendicular Gothic – it was, in fact, one of the earliest Gothic revival churches. Consecrated in 1824, it is built in a lovely golden Bath stone and the exterior resembles King's College Chapel, Cambridge. The grand scale and the quality of materials reflected the wealth of Chelsea even then – the first rector was the brother of the Duke of Wellington, the wonderfully-named Reverend Gerald Valerian Wellesley, and the Earls of Cadogan, who remain patrons of the parish.

From Sydney Street, the church is dominated by its tower, which sits above a generous five-arched entrance portico. Behind it, resembling some grand ocean liner, is a high, square nave, flanked by tall aisles and supported by prominent flying buttresses. After the exterior, the interior is something of an anti-climax. Originally built as a ‘preaching-box’, with a small sanctuary space, it was re-ordered in a more traditional style in the late 19th century. With the galleries, the church can seat over 850 people.

The most striking features, apart form its incredible height (at 60ft, it has the tallest nave of any parish church in London), are the huge window in the east wall, and the wonderful organ in the west, rebuilt in 1932, but incorporating parts of the original. The window is over 500 square feet in area, and was reglazed in 1959 to replace the original destroyed in the Second World War. The colourful design features emblems of the Trinity and Saints. The reredos behind the altar is also attractive, and contains a painting of Christ being taken down from the Cross, by the portrait painter James Northcote (1746-1831). Other fittings of interest include a wonderful eagle lectern, and various flags and memorials to the Punjab Frontier Force, which was based in India from1847 to 1947.

The church has a colourful history: Charles Dickens was married here in 1836, two days after the first publication of the Pickwick Papers; the Rector from 1836-1860 was the father of Charles Kingsley, author of The Water Babies, and John Goss, who wrote the well-known hymn ‘Praise my soul the King of Heaven’, worshipped here. But the most bizarre incident was that of the ‘Flying Man’, Vincent de Groof, in 1874. He had constructed a primitive flying-machine from which he planned to descend – to awaiting crowds - from a hot-air balloon. Setting off from nearby Cremorne Gardens, the balloon drifted dangerously towards the tower of St Luke’s. The balloonist cut de Groof free, hoping he would land gently in the churchyard, but instead he crashed into Robert Street, and died shortly after. More happily, the church was used to film some of the scenes in the 1995 Disney remake of the film ‘101 Dalmatians’.

Nowadays, the church has a loyal congregation, attracted by the traditional but inclusive Anglican services. The church is also famous for its choir – the largest voluntary choir of any London church – which sings regularly at services, as well as performing in Cathedrals in the UK and France. More details can be found at: www.vinumbonum.org.uk. The church has a ramped access at the front for pushchairs and wheelchairs.