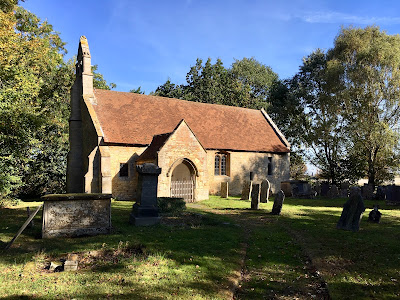 St Michael sits in a delightfully rustic setting, next to a farmyard, on the edge of the small hamlet of Stragglethorpe. The simple, unmodernised interior is essentially unchanged since the early 19th Century.

The church dates from the late Saxon period, to which a north aisle was added in the late 12th Century, and a small Gothic porch, later in the mediaeval period. The church is entered through an ancient and rather weathered wooden door, the doorway arch surmounted by simple billet decoration.

The interior is simplicity itself. The nave and chancel form a single undivided space, plastered and whitewashed. The ceiling is remarkably low and flat - and clearly a late addition as it has a cut-away recess to accommodate the fine late 17th Century wall monument to Richard Earle (d.1697). The two bay north aisle arcade has broad, rounded arches and a single octagonal column. A triangular Saxon doorway (now blocked) survives in the west wall, with two simple Norman lancets in the east.

The furnishings are a delight. At the rear is a very solid Norman tub font, with simple blind arcading decoration, and the remains of a Romanesque pillar piscina. The nave and aisle are filled with fine, panelled box pews, still retaining their single candle-holders. Nail holes testify to long-forgotten upholstery - 18th century worship was not quite as spartan as it may first appear!

These face a well-preserved double-decker pulpit, overlooked by a hatchment with the Royal Coat of Arms of George I, with a startlingly well-endowed lion and unicorn rampant. Greater piety is demonstrated by the boards displaying the ten commandments either side of the altar, and the Lord's prayer at the rear.

Perhaps most poignant is the poem on Richard Earle's monument, for his grieving mother, on his  death aged 24:

Stay, Reader, and observe Deaths partial doom,
A spreading Virtue in a narrow Tomb,
A generous Mind mingled with common Dust,
Like Burnish'd Steel cover'd and left to Rust,
Darke in the Earth he lies in whom did Shine
All the Divided Merits of his Line,
The Lustre of his Name seems faded here,
No fairer Star in all that fruitfull Sphere,
in Piety and Parts extremely Bright,
Clear was his Youth, and fill'd with Growing light,
A morn that promis'd much yet saw no Noon,
None ever Rose so fast and set so soon,
All lines of Worth were Center'd here in One,
Yet see, he lies in Shades, whose Life had none,
Yet while the Mother this sad Structure Rears,
A double Dissolution there Appears,
He into Dust dissolves, She into Tears.

The church forms part of a benefice with Beckingham and Brant Broughton. 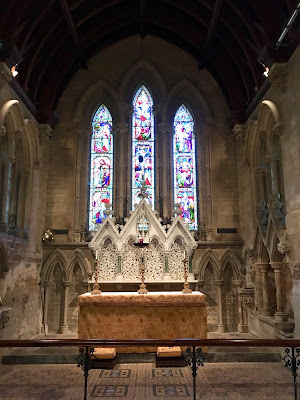 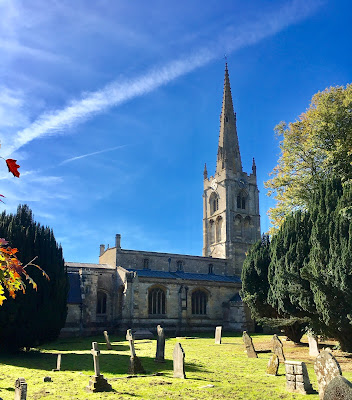 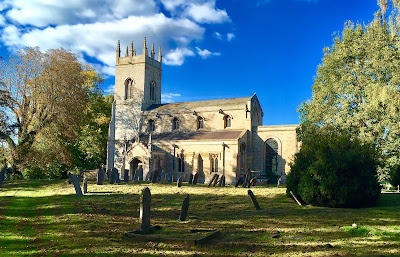 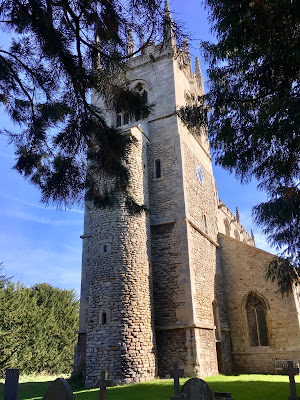 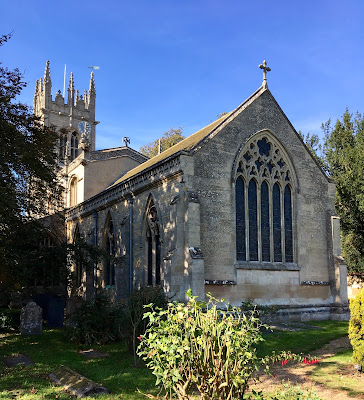 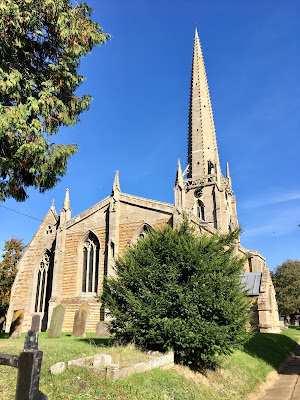 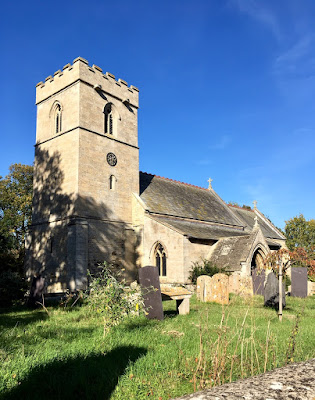 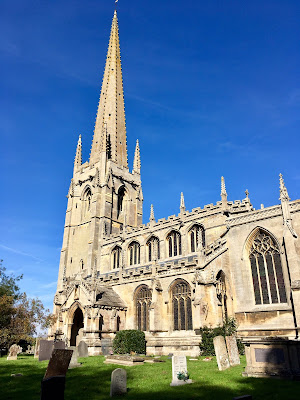 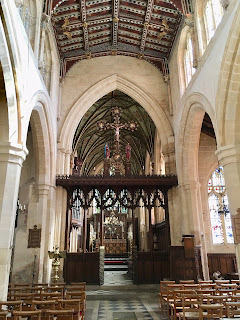 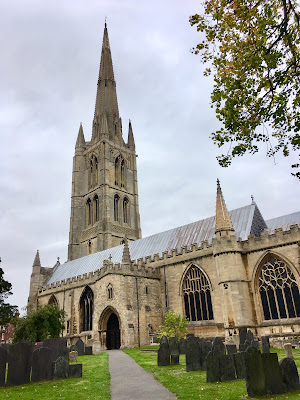