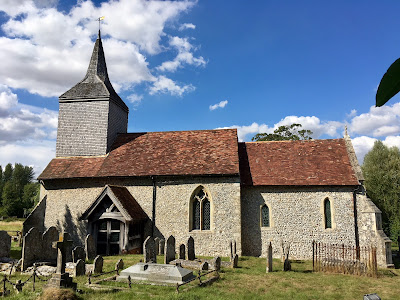 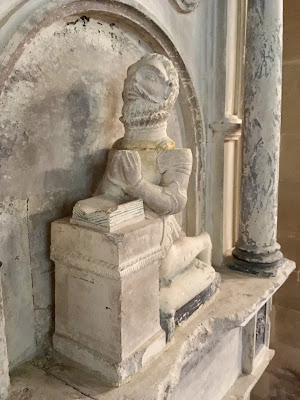 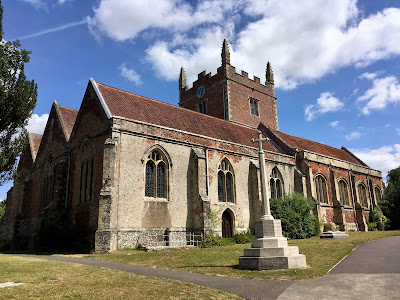 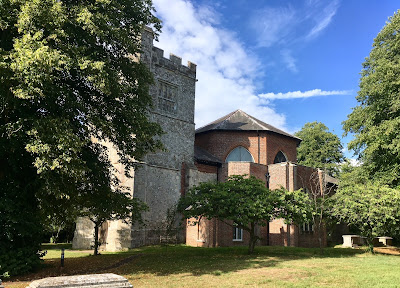 Micheldever is probably known best for its railway station, a few miles distant from the small village after which it is named (it was originally named Andover Road, which gives a clue as to why there is station in such a remote spot at all).

But I digress: back in the village, its parish church yields a surprise as well. The outside gives a clue: a late 15th or 16th century square tower, and a Victorian neo-Gothic chancel are separated by a large and very plain brick octagon. Inside, however, the effect is astonishing: the passage under the tower leads through a surviving mediaeval bay and then - and then - a huge octagonal space, with large and heavily moulded gothic-style niches, lead up to a plaster star-vault, painted blue with the ribs picked out in white. All this was by George Dance and built in 1808. This leads to the gloomiest of Victorian chancels, built in 1880, the east window with flowing Decorated tracery, but filled with heavy glass.

The chancel contains three monuments to the Baring family, by Flaxman from the early decades of the 19th Century. Entitled "Thy Will be Done" and "Thy Kingdom Come", the first two are sentimentally reassuring, but the one nearest the nave, entitled "Deliver us from Evil", depicts a man struggling upwards, helped by two angels while two intimidating devils try to pull him downwards.

Back safely in the tower, a small modern plaque records the burial place recalls Henri de Massue de Ruvigny, latter Earl of Galway (1648-1720), erected by the Huguenot Society. Deputy General of the Reformed Churches in France, in exile in Britain he became the Commander-in-Chief and Lord Justice in Ireland, and fought as a commander in the Peninsular Wars.

Church Street, Micheldever, Winchester, SO21 3DA
Posted by David J at 23:13 No comments: 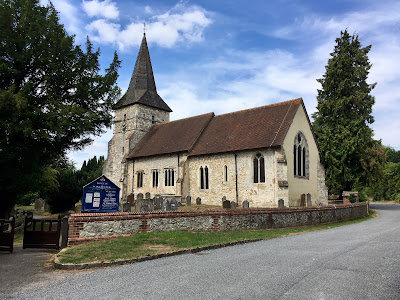 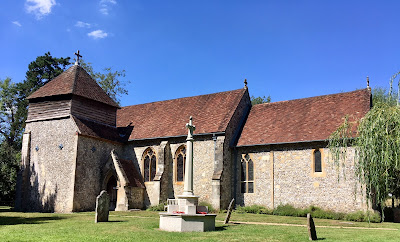 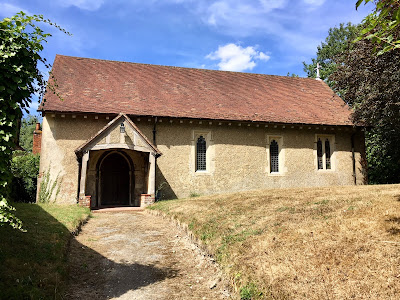 St Nicholas is the archetype of a small and quiet parish church, located in the hamlet of West Worldham.
The approach is via a small gate up the slope of a small but well-kept churchyard to a pretty 15th Century wooden porch. Small square lanterns on the gate post and porch lend a quaint feel - compounded by the musty smell of damp inside.


Entry is through a 13th Century Early Gothic south doorway, with a suitably heavy and ancient door. Inside the nave and chancel are one, without sub-division. There are Early English lancet windows in the north wall, although those in the east (their jambs still visible) have been replaced by a larger Perpendicular Gothic window: the west window is 16th Century. All blends happily together.
The church has few furnishings: an octagonal font, a piscina in the sanctuary and two in the nave, and some plain wall monuments.


One plaque records that the electric lighting was a thanksgiving gift for the hamlet being spared damage in an air raid in 1944. On our visit, the church was filled with exquisite flower arrangements: apparently in preparation for a funeral.
St Nicholas, Blanket St, West Worldham, GU34 3BD 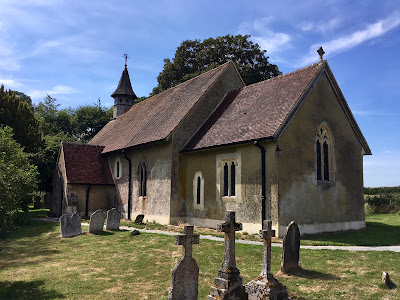 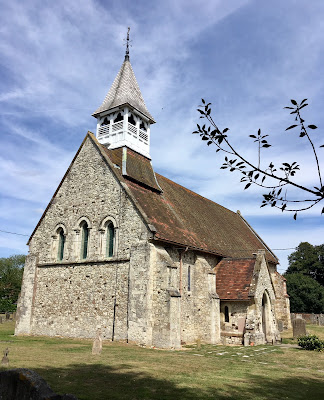 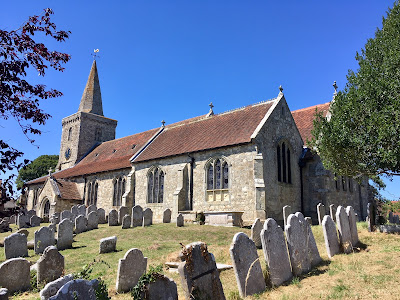 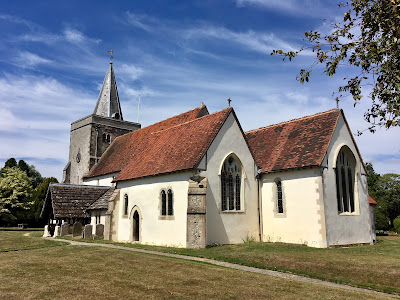 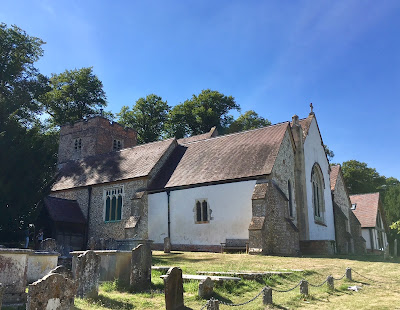 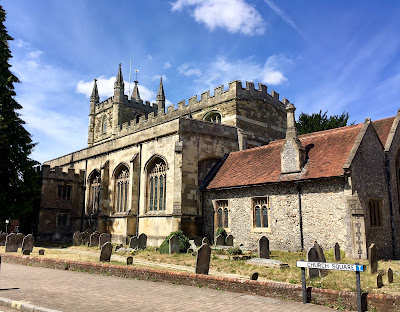 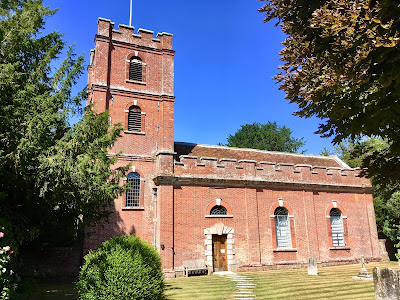 Assumpton of the Virgin Mary, Froyle 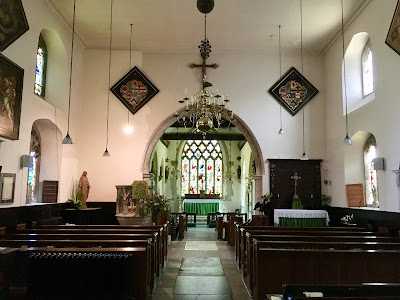