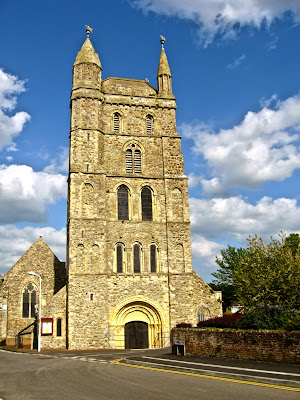 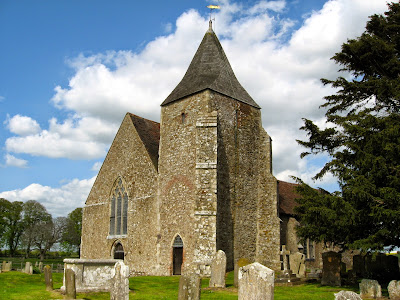 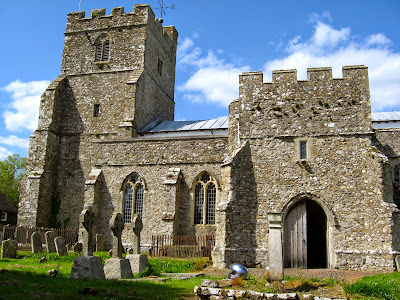 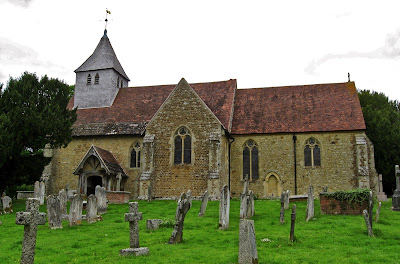 Dunsfold's church is a rare thing - a largely untouched 13th century parish church built all in one go, and (even rarer) ancient pews. Getting there is a delight in itself, down a narrow and heavily wooded lane to a small hamlet of houses, half a mile from the village common. The churchyard has a 1500 year-old yew, and yew bowers across the pathways as you enter.

The church was built on a site close to a holy well. The mineral-rich waters still run and are reputed to heal eye infections. The church was built c. 1270-1290, with the addition of a bell cote in the 15th century and a large vestry in the 19th. There is evidence it was built by royal masons because of the quality and resemblance of the style to contemporary elements of Westminster Abbey. The exterior walls are decorated with a technique known as galleting - little pieces of ironstone pushed into the mortar to give a mottled effect.

The plan is an aisleless nave, with transepts and a chancel. Although the chancel arch was enlarged, the rest is a text-book of the Decorated Gothic style - particularly in the windows, where trefoils abound in the delicate tracery. There are piscinas in both transept chapels as well as a fine piscina and sedilia in the chancel. The only puzzle is that the south transept arch was clearly meant to be part of a south aisle, apparently never built. 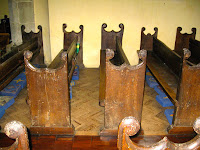 The pews are wonderful: they date from the late 13th century and represent among the earliest survivors from a period when pews were first being introduced. The design of the bench-ends - knobs rising from a deep cusp - is both distinctive and playful. The same cannot be said of the oppressive Victorian stained glass, which makes the interior gloomy, even on a sunny day.

The church still has regular services and is clearly much loved. 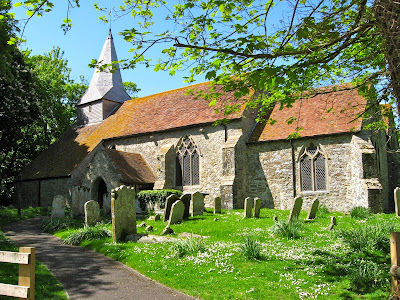 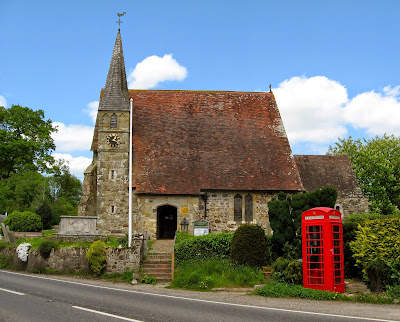 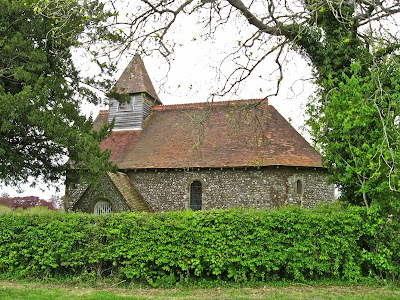 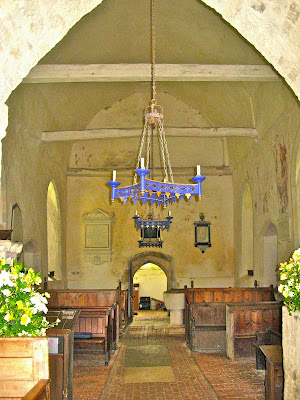 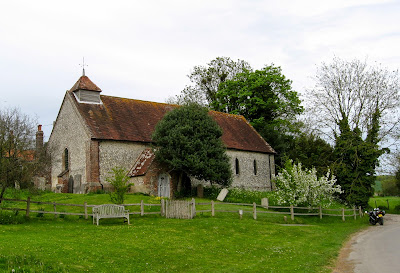 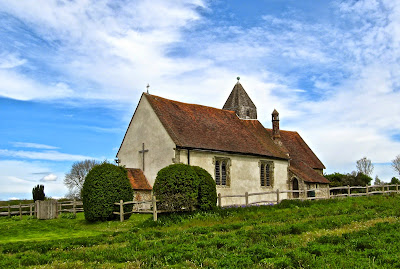 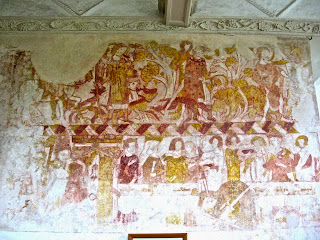 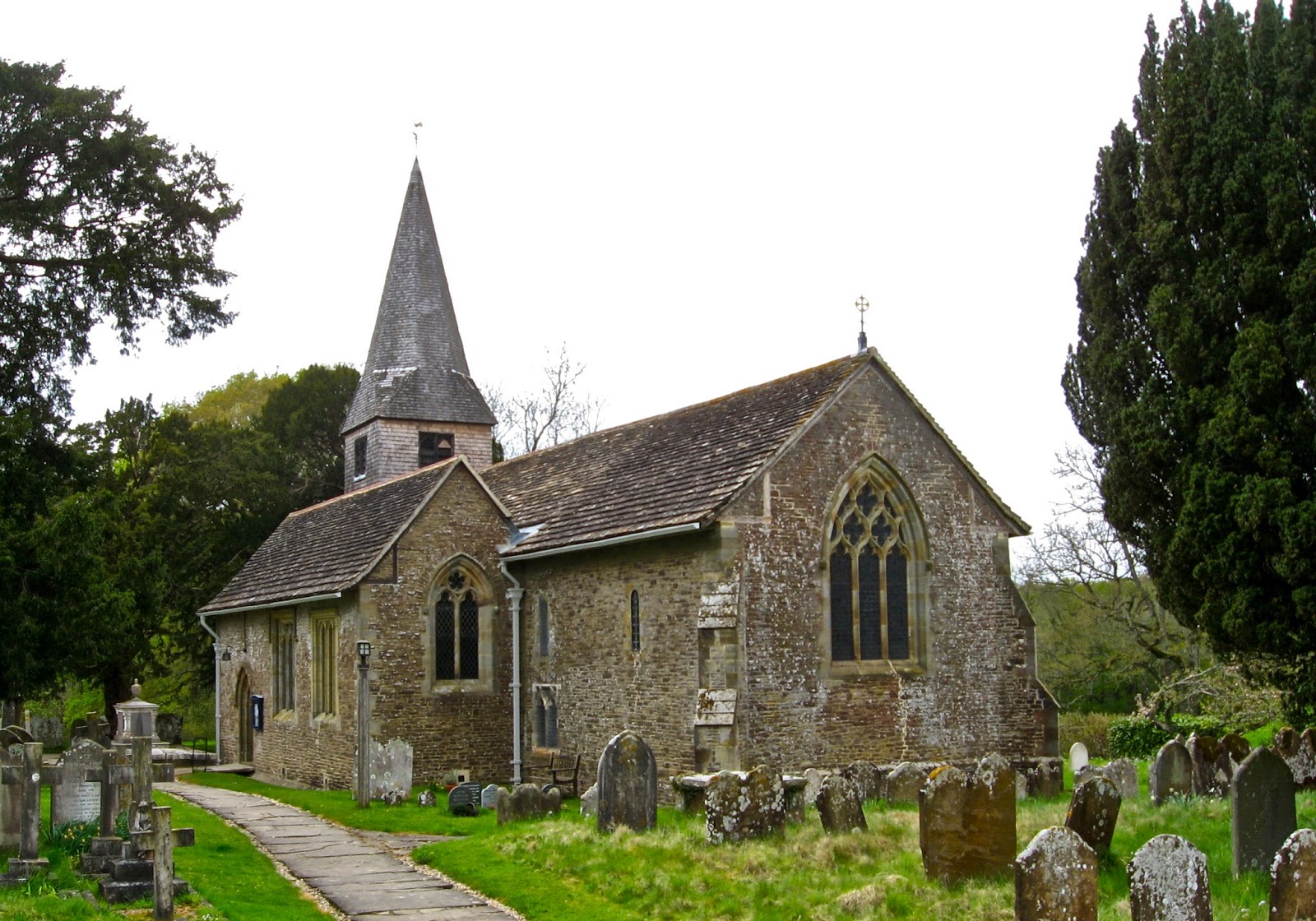 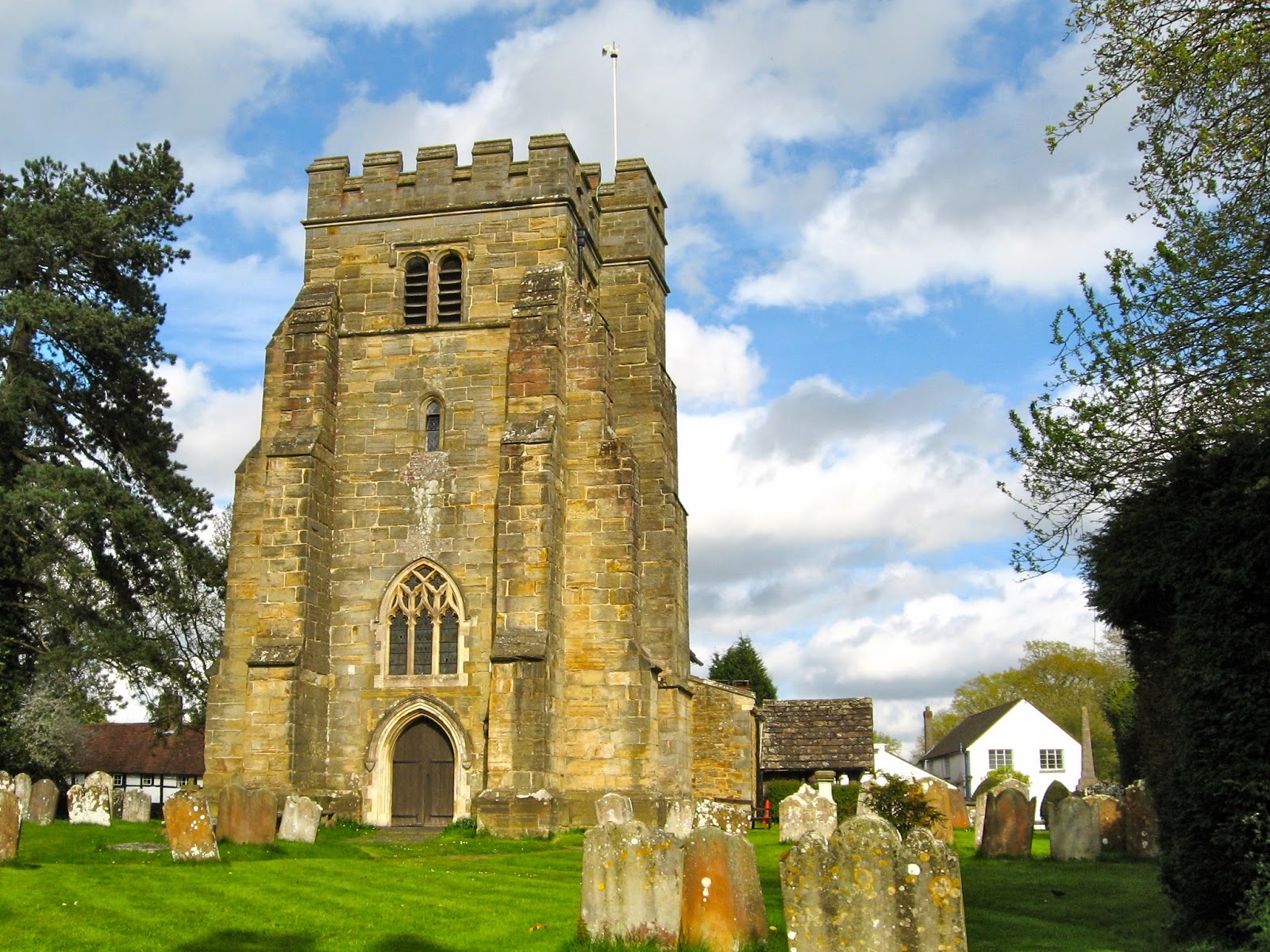 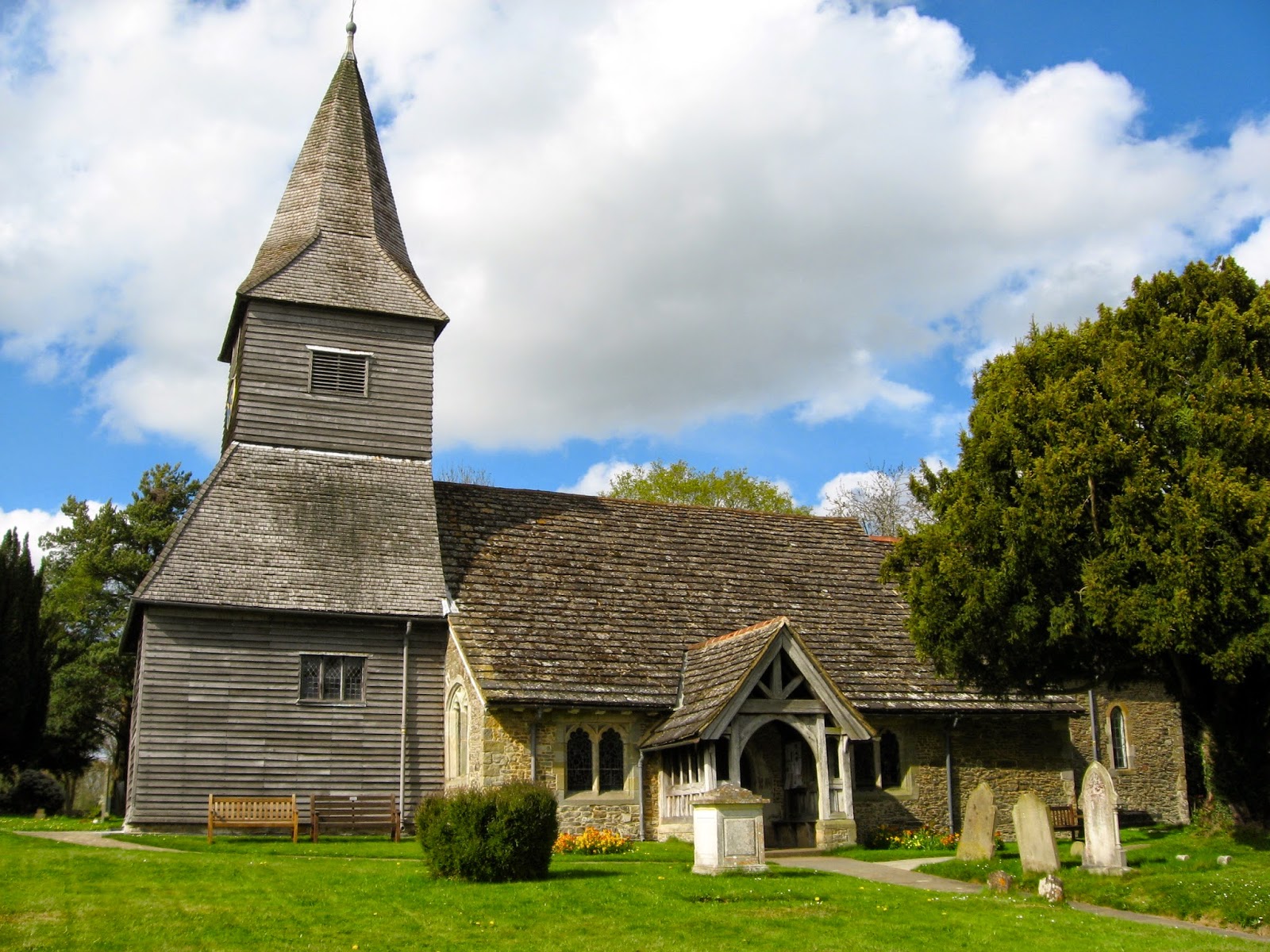