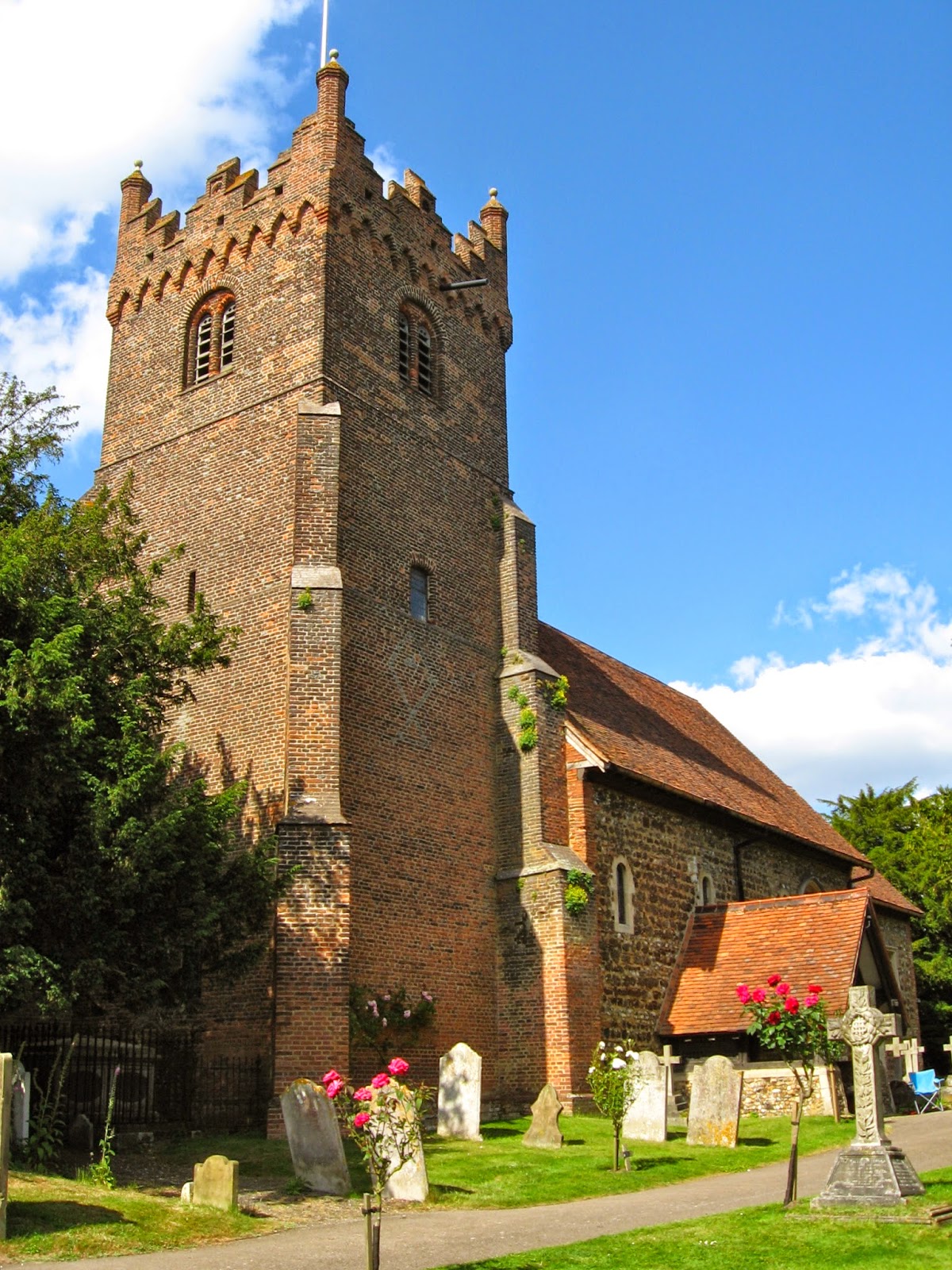 Fryerning's pretty parish church is notable for its late mediaeval brick tower and the memorial to the politician, Airey Neave MP.

The nave and chancel date from the 11th century, although heavy 19th restoration means the signs are limited; five round-headed windows in the nave, and a scattering of Roman bricks, used as quoins on the corners of the chancel and nave walls, and as voussoirs over the windows. The main event is really the tower, 15th century Tudor, and an early example of the use of brick in a parish church. That said, the bricklayers were already confident enough with their rediscovered building material to incorporate diamond patterns in the English bond.

The fittings include a robust, square font from c.1200, decorated with quatrefoils, crosses, stars and a crescent, embellished with foliage designs. Opposite the door in the north wall is a memorial window to Airey Neave MP, killed by the IRA in 1979, designed by his cousin.