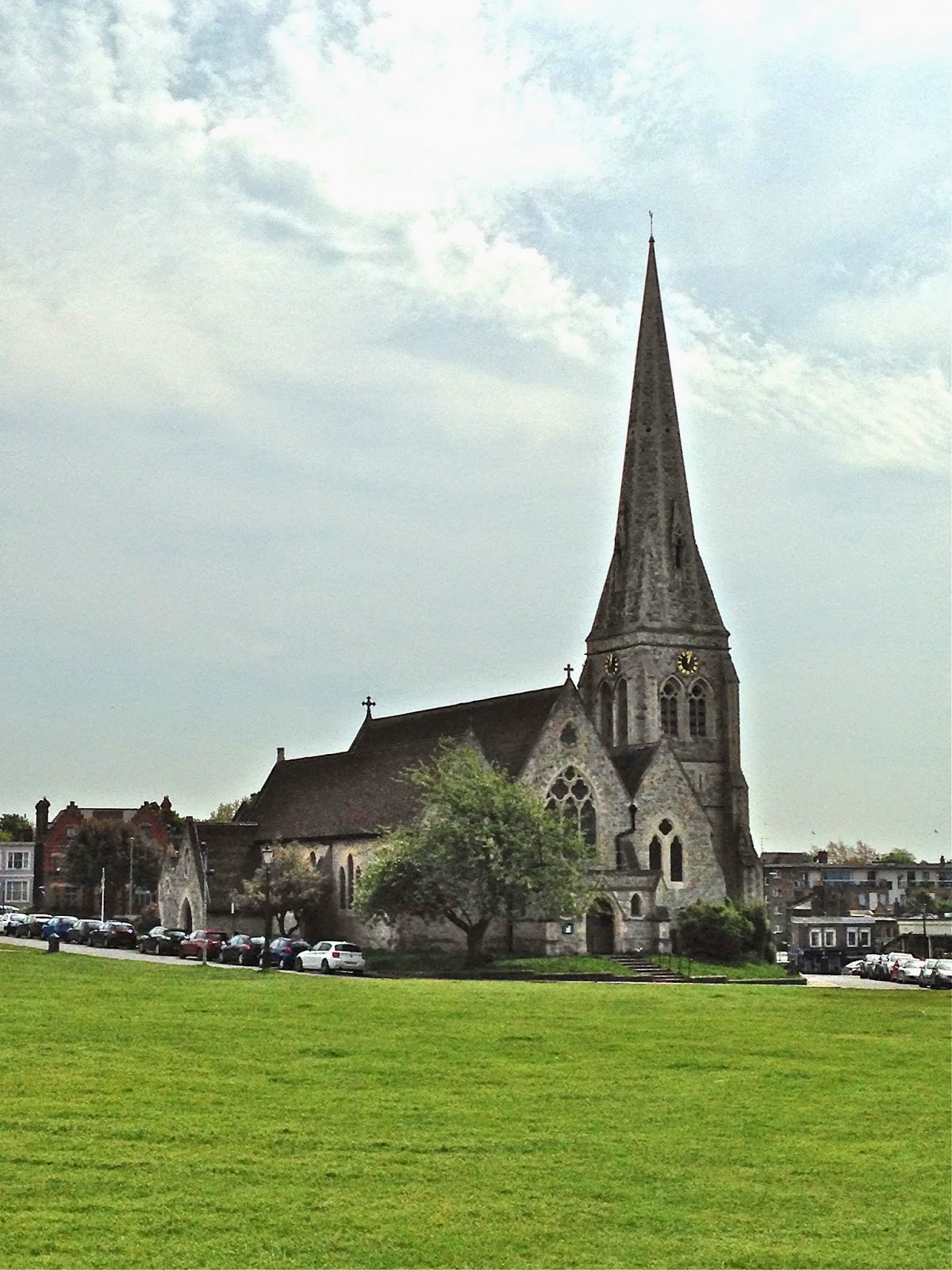 Blackheath is perhaps best known for its broad, flat expanse of common land, of which All Saints church is a prominent landmark.

There has been a hamlet here since Saxon times, but there was no church, the area being served by neighbouring parishes. Nevertheless, it occupied a strategic location on Watling Street, the former Roman road which formed the main route from Kent to London. As such, the heath was a famous rallying point for all sorts of causes, most notably for the Peasant's Revolt of Wat Tyler in 1381 and later of Jack Cade's kentish Rebellion in 1450. In the era of the stagecoach, the area became notorious for its highwaymen.

Growth of the little hamlet began in earnest in the 18th century, with the development beginning with the Blackheath Park estate. Although churches were established on the estates in 1830 (St Michael's) and 1853 (St John the Evangelist), they were inadequate for the growing population. A petition by the local populace led to the founding of All Saints in 1857. The architect was Benjamin Ferrey, who chose a mixture of the Early English and Decorated Gothic styles, executed in Kentish ragstone with freestone dressings. The church was consecrated in 1858.

The church has a five-bay nave with chamfered columns and square, stiff leaf capitals, and generous aisles, but it is most notable externally for its prominent spire. The interior is bright and fiercely whitewashed, enlivened by a painted and gilded chancel screen, decorated ceilings and late 19th century Murano mosaics in the chancel. There is also some stained glass by Martin Travers (1886-1948).

Morning and Evening Prayer are said daily through the week and there are normally three services on Sunday in the church, which has a strong choral tradition.
Posted by David J at 00:07